Playing Prevention: the new experiential learning paths
"more knowledge, less fear", this is the central message of the events organized by the Welfare of Intesa Sanpaolo, with the aim of raising awareness among colleagues about the most common oncological diseases and their prevention 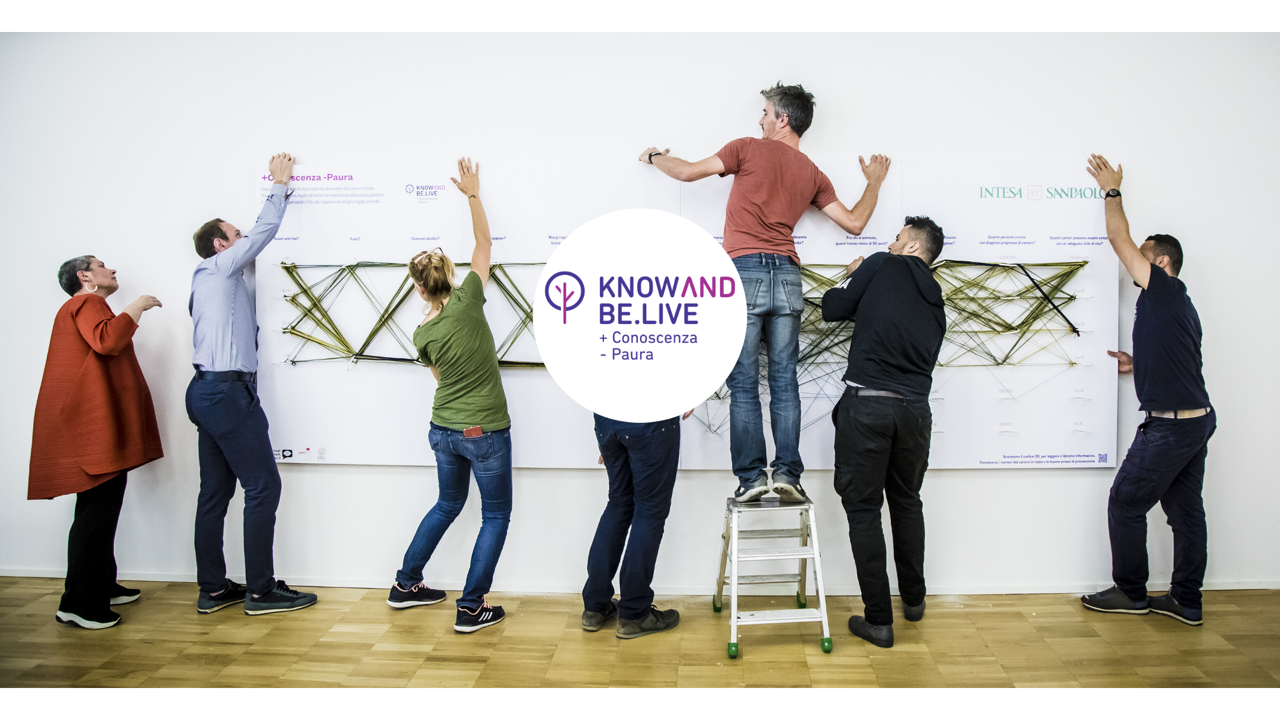 A cycle made up of 25 events that, starting from Florence in May 2019, gradually touched the main Italian centers, and then closed in Cagliari at the end of November, involving about 3,500 people.
More knowledge, less fear: this is the central message of the events organized to sensitize employees on the most common oncological diseases and their prevention. A cycle made up of 25 appointments in the main Italian centers during which people were involved in an experiential learning process that focuses on the numbers of oncological diseases and the description of the virtuous behaviors that everyone should adopt to prevent them. Participants are first asked to answer, by knotting a thread of wool, some questions about their lifestyle and in particular about modifiable risk and protection factors, such as smoking habits, alcohol consumption and the aptitude for physical activity. In the second part of the course, we reflect in particular on the numbers of people who get cancer every year in Italy, their age and life expectancy. The experience ends by moving pawns to create the map of the screening tests that each of us does periodically. The messages are conveyed through an innovative tool: the participatory diagram, thanks to which active, experiential and shared learning is activated, which favors the memorization and sedimentation of the information presented. This physical and playful approach allows collaborators to interact directly and touch with their hands those figures, sometimes little known, which, if only read or listened to, can not be fully understood and internalized.
"Oncological prevention is one of the great battles of our time - underlines Claudio Graziano, head of the Welfare Office - a battle that often clashes with the psychological barriers that each of us raises only to hear the word cancer pronounced. With Prevention Playing we can create awareness and offer tools to deal with and guide cancer prevention in a rational way, keeping away the fear and ghosts that arise in its wake. "
The "Prevention by playing" initiative supported the cancer prevention campaign launched in May 2019 by the Intesa Sanpaolo Integrative Health Fund, which promoted effective information and awareness initiatives on the value of the screening made available by the National Health Service for the prevention and early diagnosis of colorectal cancer, cervix and breast cancer. The constant monitoring of intranet, internet and web-tv channels has allowed the dissemination of appropriate and healthy lifestyles, a better awareness of the damage produced by alcohol and smoking and the deepening of the prevention strategies for these widespread oncological diseases.

Both initiatives were reported by the Intesa Sanpaolo Group in the 2019 Consolidated Non-Financial Statement.